Craig and I love our five year old daughter Rylee to pieces and we couldn’t visualise our life without her, she has enhanced and enriched our lives beyond belief, but my birthing experience with her was so traumatic and horrendous, I feared that she may end up an only child. It took me years to feel courageous, physically and mentally strong enough to finally give her a sibling, and this decision to have another child was cemented after extensive research we did into hypnobirthing – something we were a little unsure of and perhaps sceptical of at first, but the research transformed into reality as the birth of our son Nash couldn’t have been more different to Rylee’s; a joyful, positive experience, a complete polar opposite to five years ago….

Let me go back to Rylee’s birth. I was in labour for 46 hours with Rylee, in excruciating pain, took every drug possible for pain relief including pethidine, gas and finally an epidural. Rylee was a vacuum extraction and after her birth was placed in special care for observation as there was concern she may have swallowed meconium. Whilst all this was going on I was rushed to surgery as I was internally haemorrhaging. Not the most positive start to the joys of parenthood!

The next ten months were harrowing, Rylee was a restless sleeper and she would be awake screaming for hours on end…this went on for nearly a year and was physically and emotionally draining.

As the years ensued, we really wanted to have a second child and give Rylee a much loved brother or sister, but I was still fearful. My biological clock was ticking, so it was time to look for alternatives and face my fear. I started researching positive birthing stories and stumbled across ‘hypnobirthing’ – it’s not something that would normally engage me, but the more I researched, the more it did make sense and there were countless encouraging testimonials that really resonated. This was the type of birth I wanted…but could I achieve it??

Through my research I found Joymamma ran courses on the Sunshine Coast and we went along and connected with Carrie. After the first night of the course, we truly felt this was our answer.

I did a lot of things different this time around, guided by the instructions of my Doula Carrie. I finished work four weeks prior to my due date and dedicated many hours to practising the methods, skills and tools Carrie had taught us. In fact I started to feel so confident, two weeks prior to his due date I said to Craig, “I’m ready for this; I’m ready to meet our little man.” I would never have anticipated actually looking forward to labour, but I was, Carrie had equipped me with the skills and mindset to be physically and mentally ready.

So, after all this the day finally arrived – Sunday June 1. I started to get contractions earlier that day, not too intense, around 30 minutes apart. I just used breathing techniques to get through the day and in fact the family came over for the day. I didn’t realise it at the time, I was in actually in labour, but no-one knew…they had dinner and left at 6:30pm. I then cooked dinner and had a shower. By 7:30pm the contractions were intensifying, I moved into the bedroom “to the nest” (as Craig referred to it) to get comfortable and to start my visualisations and to get into the zone.

At 8:30pm after an hour of visualisations, which felt like 15 minutes, I told Craig to call my parents to come and look after Rylee. At 9:00pm we called the hospital and informed them of our progress, and the advice they gave indicated it was time to head off and welcome our son into the world.

By 9:45pm we were in the car and on our way. We arrived in the car park where Carrie met us and proceeded to head up to the birthing suite – it took 20 minutes as I had six intense surges on the way. We finally got there and met our midwife, who had just started her shift at 10:30pm, and 20 minutes later baby Nash was born – a very healthy 8lb 7.5oz.

Total intense labour was 3.5 hours, and I felt calm and mentally strong, using breathing and the skills learnt on the course, coupled with the support of Craig and Carrie; I knew I could do this…I wasn’t scared. The last five minutes was painful and I started to lose my focus and confidence, Craig and Carrie encouraged me, and Nash and I became two instead of one….the 3.5 hours feels like the blink of an eye.

Nash Anthony Atkinson arrived in the world alert and responsive. A beloved son, brother nephew and grandson. We feel so blessed.

I truly believe we owe this positive birthing experience to Carrie and the hypnobirthing theory, it equipped us with the confidence, strength and knowledge to confront fear, deal with pain and embrace the journey.

Thank you Carrie, I cannot speak highly enough of the support you gave both myself and Craig, and I would strongly recommend anyone contemplating having a baby, or is already pregnant to research hypnotherapy and empower yourself to feel more confident and in control of the birthing miracle.

On behalf of Craig, Rylee, baby Nash and myself, you were an integral part of one of life’s most important events, the birth of a child. 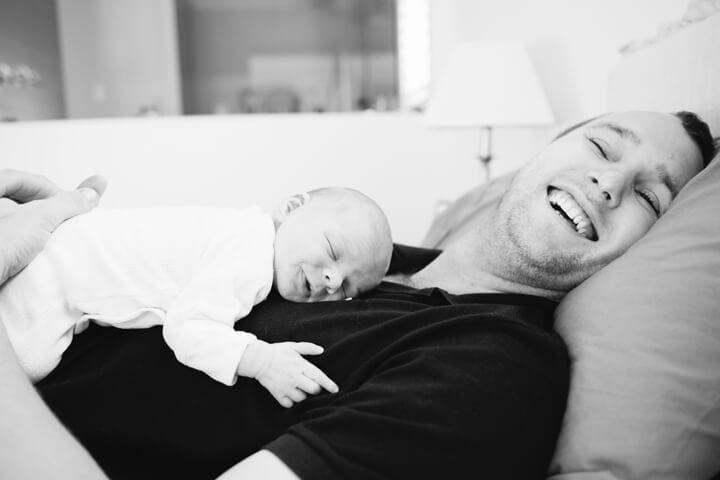