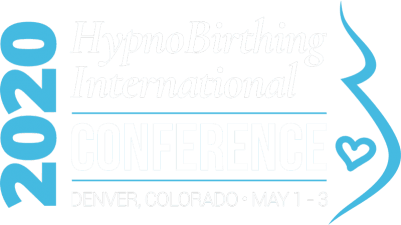 "Honoring our past and transforming our future."

Enjoy networking with birth professionals from around the world as we work together to further our mission to teach women how to embrace the power of instinctive birth!

Welcome to the HypnoBirthing International Conference 2020

We welcome HypnoBirthing Educators, Birth Professionals, parents and anyone with an interest in better birth practices and philosophy.

HBCE’s can complete your continuing education requirements with the bonus of easy renewal this year. Don’t miss this opportunity to become a part of our gentle birth revolution!

NOTE: The 2020 Hypnobirthing Conference is currently postponed due to COVID-19. New Dates will be advised as soon as it is safe to do so.

6:30-8:00pm
Anthea Thomas & Dr. Vivian Keeler
“Honoring our past and transforming our future.”

1:45-3:15pm
Jennifer Margulis
“How to have a healthy birth in spite of your Dr. : The awful truth about pregnancy testing, ultrasound and childbirth best practices.”

10:45-12:15pm
Dr. Ian Shtulman
“Navigating difficult topics: Providing space for all to get the support they deserve.”

1:45-3:15pm
Michelle Brown
“5 Ways To Connect More Moms To The Power Of HypnoBirthing.”

• Getting Butts in Seats: Using Social Media and Networking to Fill Up Your Class
• Navigating difficult topics

Dr. Ian Shtulman is a perinatal chiropractor in private practice in Palm Beach County, Florida. His passion for pregnancy and pediatrics led him to being the in-house chiropractor at a free-standing birth center just months after graduating chiropractic school as well as a CE speaker for chiropractors, midwives, and chidbirth educators. He regularly publishes in Pathways to Family Wellness magazine and case studies in peer-reviewed journals. He has built a thriving family chiropractic practice through social media and networking with other healthcare professionals, something he’s excited to share with HypnoBirthing educators. As the father of two “HypnoBirthed” children, Dr. Ian Shtulman is an advocate for conscious birthing and parenting.

• Why Hypnotherapy is the next Billion Dollar Industry

Grace Smith is on a Mission to Make Hypnosis Mainstream. As a pioneer in the Hypnotherapy field, her private clients including Fortune 500 CEOs, A-list celebrities, Olympic athletes and government officials. She is Founder of the world’s #1 provider of hypnosis education, products and services, Grace Space Hypnosis (gshypnosis.com) and Grace Space Hypnotherapy School (gshypnosis.com/school), a world-class hypnotherapy certification program.

Grace is the author of Amazon #1 best-seller, “Close Your Eyes, Get Free: Use Self-Hypnosis To Reduce Stress, Quit Bad Habits, And Achieve Greater Relaxation And Focus.” She has six new topic-based books coming out with BenBella Books beginning with “Close Your Eyes, Lose Weight” in April 2020.. Grace is represented by CAA and a television show about Grace’s work is currently being shopped with networks.

Grace’s work has been featured in The Atlantic, Forbes, Entrepreneur, InStyle, Marie Clarie, Buzzfeed, Bustle, MindBodyGreen, She Knows and dozens of podcasts. She is a regular guest on Dr. Oz, CBS’s hit show, The Doctors and her “Relax, Brazil!” segment on popular Brazilian late night talk show, “The Noite Con Danilo Gentili” went viral, bringing her powerful self-hypnosis technique to millions of viewers. Visit www.gshypnosis.com/press to view all articles and segments.

Grace’s keynote speeches include OZY Fest with Hillary Clinton, Procter & Gamble, Summit.Live, Women Empowerment Expo, Ritz Carlton, Soul Camp and more. To learn more about Grace follow her @gracesmithtv . To work with her or hire her to speak at your next event, visit www.gracesmithtv.com . For all Grace Space Hypnosis products and services, visit www.gshypnosis.com.

Jennifer Margulis, Ph.D., is an award-winning science journalist, Fulbright grantee, and sought-after speaker. Her writing has appeared the New York Times, the Washington Post, and on the cover of Smithsonian magazine and three of her books have won national awards. For several years she was a contributing editor for Mothering Magazine.

A meticulous researcher and science-forward writer who’s not afraid to be controversial, she is nationally known as a science journalist who opens people’s eyes to the realities behind accepted practices in health care and medicine.

Dr. Margulis is passionate about investigating the often-overlooked dangers of mainstream practices, especially when seminal evidence has been brushed aside in favor of special interests. Uncovering these issues is a matter of social justice, empowering women, and protecting Planet Earth. Through her writing she champions the rights of society’s most vulnerable: pregnant moms, babies, small children, older adults, and people on the social or economic margins.

Fluent in French, Jennifer Margulis has appeared live on prime-time TV in Paris, France to advocate for the end of child slavery in Pakistan. She was prominently featured in the documentary mini-series, The Truth About Vaccines, as well as in the PBS Frontline TV documentary, The Vaccine War. She has recently been quoted in USA Today, The Wall Street Journal, The Baltimore Sun, and the Deseret News.

Dr. Margulis earned a B.A. from Cornell University, a Master’s degree from the University of California at Berkeley, and a Ph.D. from Emory University.

She was awarded a highly competitive and prestigious Fulbright fellowship in 2006 and taught American literature at the University of Abdou Moumouni in Niamey, Niger (West Africa) for that academic year.

She is currently working on a book about the origin of life on Earth and the importance of the microbial world through the eyes and life of her mother, evolutionary biologist Lynn Margulis (Houghton Milton Harcourt, 2021). Read more about her at https://jennifermargulis.net.

Heather Thompson, MS, PhD, is a molecular and cellular biologist, clinical researcher, birthworker, and queer parent. She has worked on issues related to reproductive health for more than 25 years, advocating for equity, access and autonomy in childbirth. From 2010-2017 she was the Research Director at a community birth center in Colorado, supporting midwives and community birth through data generation, analysis and dissemination. Currently she is the Deputy Director of Elephant Circle, a birth justice organization, doing work that allows her to combine her background in birth access and equity with science and community organizing. Heather has non-binary gender and uses pronouns she, her, and hers. Born and raised in Colorado, Heather enjoys being outside around a campfire with her partner, two kids and larger community. 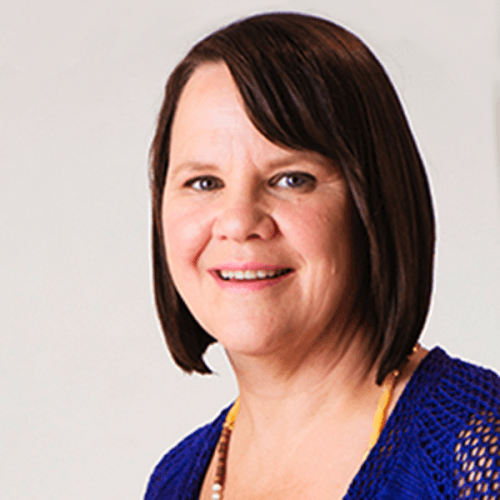 She had a small homebirth practice in Minnesota and was a doula trainer (DONA approved), doula program coordinator and consultant. Past community work has involved promoting doula care through the founding of the Childbirth Collective, now one of our nation’s largest doula network groups.

She has also consulted and trained with several local doula programs including colleges, hospitals and social service agencies. Gail developed the Spinning Babies concept in the year 1999 and began the website, www.SpinningBabies.com in 2002.

Gail formed Maternity House Publishing for her booklets and DVDs. She is a wife, mother and grandmother, enjoying writing, walking and rocking grandbabies!

Dr. Sayida Peprah is both a licensed Clinical Psychologist and trained Birth Doula. She specializes in multicultural psychology, trauma, suicide prevention and maternal mental health. Dr. Sayida has a multi-faced career as a Clinical Psychologist having worked in community-based, in-home, psychiatric hospital and correctional settings. She is also an educator and consultant on topics of cultural diversity/humility, mental and maternal mental health, through her non-profit organization Diversity Uplifts, Inc.

Michelle Brown is the Founder of ihelpmoms.com on a mission to work with the nations top family experts to Make Motherhood Easier! She is hypnobirthing mom of three kids 6, 4, 2, an entrepreneur with over 14 years’ experience in marketing, customer service and is dedicated to connecting family experts and moms, to help them achieve happiness & health! She is the owner of CrossFit Vice, founder of Yes We Can Mom Leader Events, Founder of ihelpmoms.com TV, ihelpmoms Podcast Host and Founder of annual Glamour For Good Charity Event for abused and neglected children.

Her heartfelt purpose in life is to help moms unlock joy in motherhood and she created iHelpMoms.com to provide a one-stop website for moms to find everything they need to make motherhood easier, healthier and happier! 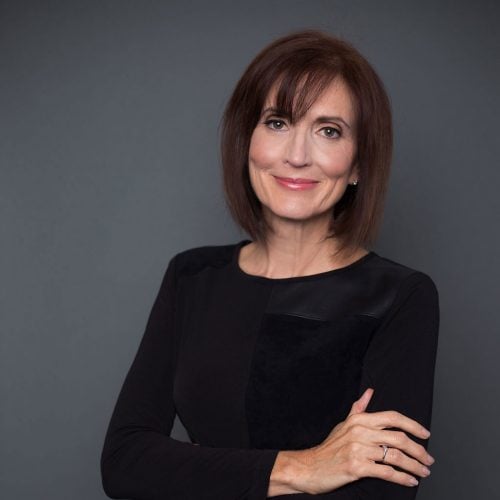 Dr. Vivian Keeler has devoted most of her adult life to the care and education of women and their families. She has been a Chiropractic Physician since 1986 with a special focus on the health of pregnant women. She is a natural birth expert who has attended hundreds of births as a doula and is known for sharing her wisdom with gentle kindness. Dr. Keeler is also a certified consulting Hypnotist and has taught HypnoBirthing- The Mongan Method for the last 18 Dr. years. She is President and faculty member of HypnoBirthing International. She has received the HypnoBirthing Institutes Diamond Award for her contributions to the advancement of HypnoBirthing. Her expertise has been shared through many speaking engagements, articles and interviews and she is responsible for creating several training programs that have inspired many birth professionals to become agents of change in their own communities. Dr. Keeler is the founder of Amazing Births & Beyond, a birth education and wellness center in Miami, co-founder of Amazing Baby Spa, and Contemporary Doula International. She is a mother to two amazing daughters, who were birthed naturally at home.

She resides in Ft Lauderdale, FL. with her husband, Tim. 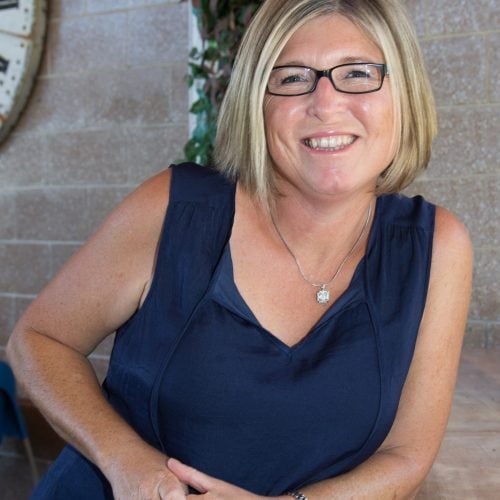 Anthea is a passionate health professional, an experienced Antenatal Educator, Speaker and Clinical Hypnotherapist supporting families in conception, pregnancy, birthing and parenting. Anthea is the Vice President of the HypnoBirthing® Institute and Faculty Trainer in Australia. She is the Director of HypnoBirthing International in Australia, a Global Presence Ambassador for Parenting 2.0 and Vice President of CAPEA QLD (Childbirth and Parenting Educators of Australia).

Anthea is working with therapy based on the philosophy that our unconscious minds can heal our bodies, and control the delicate process of conception and birthing. She is focused on helping people find their unlimited potential in all areas of life, and on helping women to rediscover their natural birthing instincts and works to provide couples with information about their bodies, the birth process, how their mind affects conception and birth helping to empower them to take control of their own journey.

Anthea is married and has two children. She lives on the Gold Coast in Queensland, Australia.

A Denver hotel inspired by the downtown lifestyle

With a refreshing mix of urban style and an inviting boutique feel, the Crowne Plaza Denver is the place to connect, meet, relax, play, dine, lounge, and explore. Surrounded by the energy of downtown, our hotel is a city-inspired retreat with inviting spaces to lounge or mingle. Fresh off the heels of a 22 million-dollar top to bottom renovation, Crowne Plaza Denver hotel has a modern vibe complete with community tables and huddle spots for a cooperative working environment designed for today’s modern business traveler.

Our downtown Denver hotel offers lifestyle enhancing amenities and services that make your stay better. With a 24-hour business center, a state-of-the-art fitness center, and complimentary Wi-Fi, stay on top of your game with downtime and work-time on your time. Enjoy locally sourced Spanish tapas, Charcuterie plates, and regionally inspired farm-to-fork cuisine at The Lockwood Kitchen & Bar.

Relax by our outdoor rooftop heated pool featuring 360-degree views of the busy cityscape. The hotel is within walking distance to beautiful running and cycling trails and offers bicycle rental through Denver’s B-Cycle program. Stay eco-friendly with services that focus on energy reduction, including our lighting efficiency retrofit program, low water-use facilities and LED exit signs – all leading to greener stays.

The HypnoBirthing International Conference 2020 will feature a range of relevant & complementary exhibitors to help you advance your knowledge within the fields of childbirth and hypnosis.

If you are interested in becoming a sponsor or exhibitor, download the Information Pack and Registration Form below. 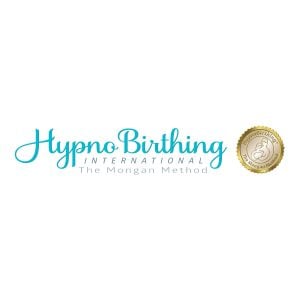 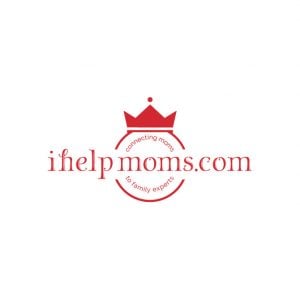 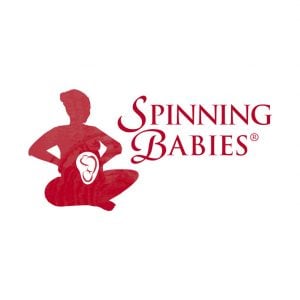